The Result 88% of video marketers reported that video gives them a positive ROI, and more than half of cite video as the content providing the best ROI. It’s not just marketing professionals who love video; 84% of people say they’ve been convinced to buy a product or service by watching a brand’s video (Wyzowl, 2020).

Fujifilm Medical Systems needed a way to demonstrate their new products, and video was the best medium to capture all the features and benefits and convey them in a way that was easy to understand. For the launch of its new mobile x-ray system, the company tasked D2 Creative with creating a video to showcase how convenient it is to use Fujifilm’s new technology in a busy hospital.

As part of an overall campaign, the team at D2 Creative developed four short videos. Three of them highlighted specific feature sets in order to showcase the machine’s ease-of-use and accuracy. The fourth was a client testimonial.

The shooting script and schedule were ambitious, but no match for our crew and talent. All footage was captured on location in a bustling hospital. Planning had to be tight in order to reduce the shoot to a single day and shot in a way that minimized interruption to hospital staff. In the end, we shot 34 setups in one day and met our timeline.

During production, we designed an animated opening and added sound design to make the action pop and the videos more entertaining.

Once the video production was finished, we added them to a landing page. At D2 Creative, we often recommend driving campaign traffic to a landing page rather than a regular website for a number of reasons. If your goal is to rank for specific keywords, a landing page dedicated to that topic can improve your page’s position. For paid ad campaigns, a dedicated landing page can improve ad quality scores. Landing pages also generate deeper data and insights with better tracking options.

To drive traffic to Fujifilm’s landing page, our team produced and launched an email campaign. Engagement rates for the videos averaged over 70%, well above the average industry rate of 53.9% (Wistia 2021). This video series represents the most popular videos on our client’s website and on their YouTube channel, where it’s been viewed three times more than any other video on their channel. 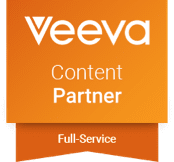